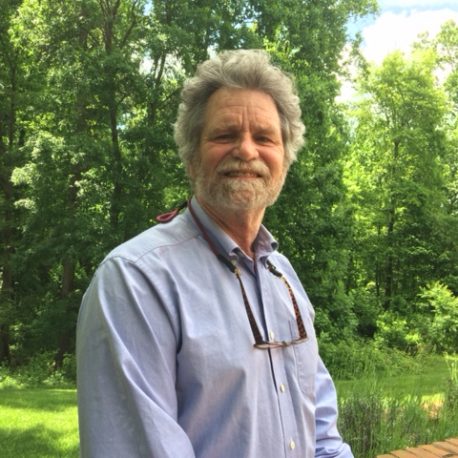 For several years Randy Salzman has been studying design thinking in the social sector. A long-time communications professor, in the past decade he’s been working with Jeanne Liedtka, re-writing ideas into easily told stories and doing much of the ethnographic interviewing and observation. After editing The Catalysts, and commenting on drafts of Dr. Liedtka’s other writings, in the past two years they’ve collaborated on the next full-length work, Designing for the Greater Good,* the just-published Designing for Growth, Facilitator’s Guide* and developed presentation materials and methods from PowerPoints to posters; from videos* to games.

In the past year, he’s taught human-centered design to college students and business groups and mentored groups undergoing their own design-thinking projects.

Over the past decade, the former communications (primarily broadcasting and journalism) and creativity (primarily graphics, advertising and film) professor’s writing has focused on transportation creativity, specifically the TravelSmart concept from Australia, and how to deeply understand American drivers in order to facilitate transportation change.