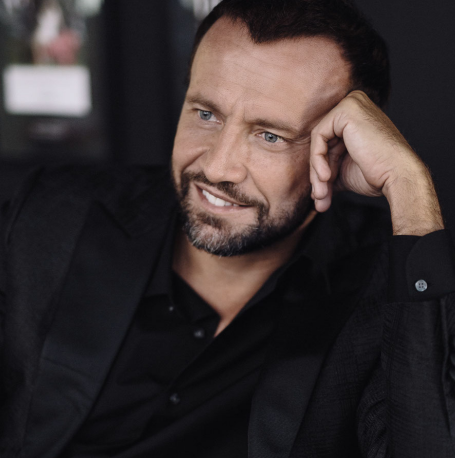 Mauro is the host his own successful video podcast “In your shoes – with Mauro Porcini” on Apple podcast, Spotify and YouTube, where he interviews inspiring personalities from the creative community worldwide.

In 2020 he became a presenter and judge on the TV show “New York by Design” and “America by Design”, airing on CBS and Amazon Prime Video.

Prior to joining PepsiCo, Mauro served as the first ever Chief Design Officer at 3M, where his mission was to build and nurture a design sensitive culture in a technology driven global corporation.  His teams, based in the U.S., Italy, China and Japan, won many of the world’s most prestigious design and innovation awards.

Mauro began his professional career at Philips Design and then created his own design firm, Wisemad Srl, in Italy with the celebrated entertainment producer and music star Claudio Cecchetto.  His work on wearable technologies has been showcased at the Louvre in Paris as well as the Seoul Art Center.

In the past several years Mauro has been recognized with a variety of honors and awards for his achievements in the fields of design and innovation.

Amongst them, in 2019 the President of the Italian Republic has recognized Mauro with the title of Cavaliere dell’Ordine della Stella d’Italia, an order of knighthood awarded for “extraordinary merits in the preservation and promotion of national prestige abroad, promoting friendly relations and co-operation with other countries and ties with Italy.”

In 2021 the media platform Innovation Leader from Boston recognized him in his list of the “Top 25 Most Influential Innovators of 2020”.

In 2020 the Thomas Jefferson University named him “Innovator of the Year.”

In 2019 he received the Pentawards “Visionary Award” in London.

In 2018 he was honored in New York City with the DrivenXDesign “Chairman’s Better Future Award,” given to those individuals that have led Expeditions to a Better Future, working over the last decade to make a difference in the world.

In 2016, the Italy America Chamber of Commerce awarded him with the “Business and Culture Award,” a recognition given every year to one Italian that has performed in an extraordinary way in the United States in the fields of business and culture. That same year he received the “US Design Brand Leader Award.”

In 2015, the newspaper Il Giornale named him “One of the 10 Italians that will change the world” while GQ Italy listed him as one of the “30 Best Dressed Men of 2015.”

In 2014, Mauro was included in Fast Company’s “Most Creative People in Business 1000,” an influential, diverse group of modern Renaissance men and women across the economy and around the globe. He was also recognized with the “PrimiDieci Under 40,” an award that celebrates the extraordinary professional and personal success of the ten most distinguished Italians in the U.S. every year.

Since 2013 Mauro has been part of the “Italian Talents in a Foreign Country” community of the Aspen Italia Institute chaired by prof. Giulio Tremonti.

In 2012 Fortune Magazine listed him in the “40 under 40” ranking – its list of “the business’s hottest rising stars” – the only designer included, Ad Age named him in their “Creativity 50” – its list of the “world’s most influential creative personalities” and the PoliMi association of the University Politecnico of Milan recognized him with the Alumni Polimi Awards 2012 for the “great merit of contributing to enrich the Italian culture in the world.”

In 2011, Fast Company recognized him as one of the “50 Most Influential Designers in America” and “Master of Design” while the World HR Forum in Mumbai presented him with its “Award for Leadership and Innovation.”

The Wall Street Journal’s CFO Journal in 2011 called him “the man putting 3M on the design map,” and under his design leadership, 3M made Fast Company’s list of 30 companies that “get” design.

Since its creation PepsiCo’s Design function, led by Mauro, has been recognized with more than 1,000 design and innovation awards – in 7 years of projects – from several institutions around the world. Fortune included PepsiCo in their 2018 “Driven by Design” list, one of only two organizations in the Food and Beverage Industry.

In his professional career Mauro has been granted 47 patents on his name.