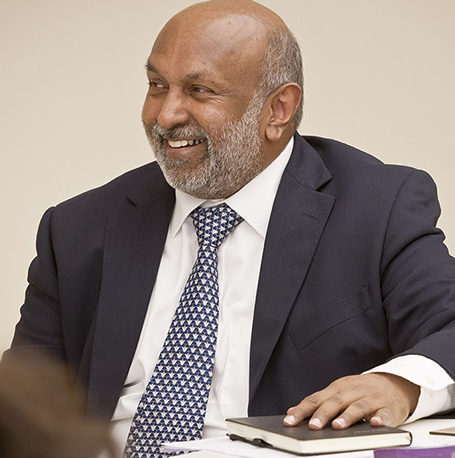 Raomal Perera is a veteran of multiple entrepreneurial ventures and an Adjunct Professor of Entrepreneurship at INSEAD and UCD where he currently teaches and studies entrepreneurship, innovation and the management of rapidly growing companies.

Raomal co-founded two technology companies; ISOCOR was listed on NASDAQ in 1996 and subsequently acquired by Critical Path in 1999. Network365 acquired US company iPin and formed Valista in 2003. Valista was acquired by Aepona in 2009 and Aepona was acquired by Intel in 2013.

Raomal was inducted into the ‘Hall of Fame’ at the Business Excellence Institute in 2018. Raomal has an extensive international network of contacts and was the first recipient of the Irish Software Association’s (ISA) Outstanding Software Achievement Award in 2003. He was also a finalist in the Ernst & Young ‘Entrepreneur of the Year’ awards. Raomal was one of 40 entrepreneurs worldwide chosen to the prestigious World Economic Forum (WEF) as a technology pioneer. Headed by Raomal, Valista also won a number of industry accolades, ranging from the Wall Street Journal Innovation GOLD award for business, and the Mobile World Congress Award for the most innovative product. Raomal is a jury member of the Cartier Women’s Initiate Awards (CWIA).